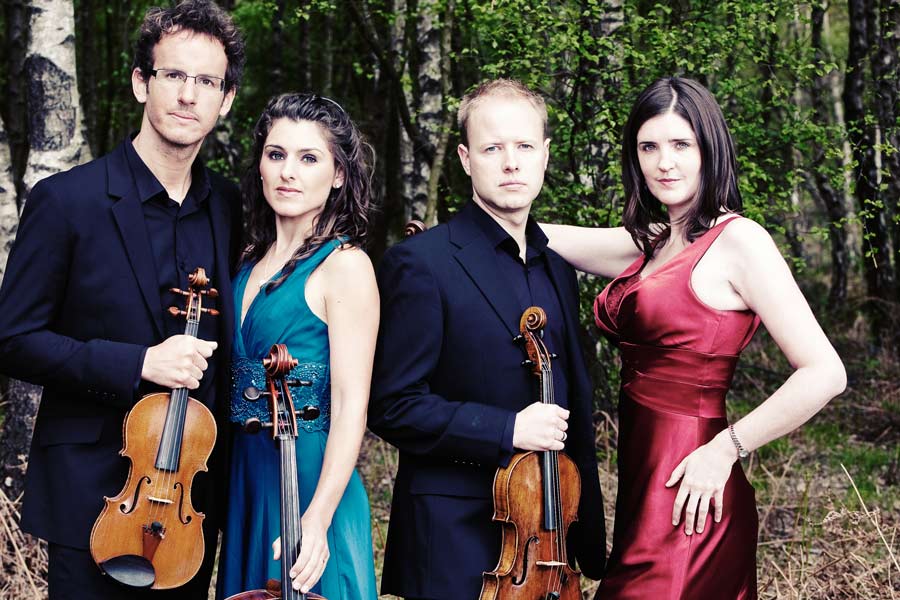 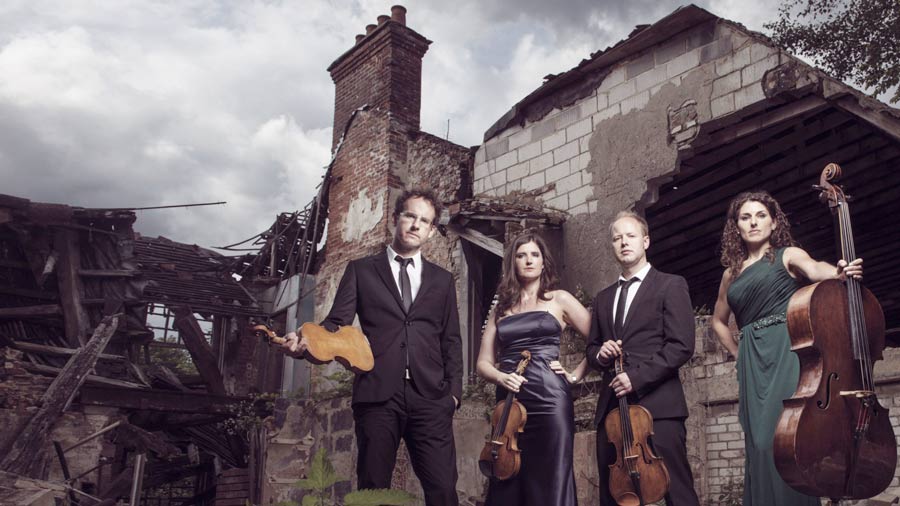 An internationally renowned Anglo-Irish string quartet based in the UK, the versatile and award-winning Carducci String Quartet has performed everything from brand new quartets, classic works by Haydn, complete Shostakovich cycles, and even partnered with folk-rock icon Ian Anderson of Jethro Tull.

Founded in 1997, the ensemble has won numerous international competitions, including Concert Artists Guild International Competition USA 2007 and First Prize at Finland’s Kuhmo International Chamber Music Competition 2004. In 2016, they took home a Royal Philharmonic Society Award for their performances of cycles of the complete Shostakovich Quartets. This Shostakovich15 project was accompanied by a recording of quartets 4, 8 and 11 for Signum Classics, to which the quartet added a further volume in spring 2019 (1,2 and 7) acclaimed by Gramophone Magazine for its “…athletic, upfront performances, clear in texture, forthright in tone and bold in articulation.”

The quartet has released a bevy of acclaimed recordings on their own label, Carducci Classics, as well as Signum Classics, and their Naxos recordings of Philip Glass Quartets have had over six million plays on Spotify.

Reiko Fujisawa fuses the sensibilities of a musician raised in the Far East who trained in the West. Following study at the Musashino University of Music in Tokyo she spent time in San Francisco and the UK, where she trained at Trinity College, and with Martino Tirimo, Benjamin Kaplan and Yonty Solomon. She has been in London ever since.

With performances at London’s Southbank Centre, Wigmore Hall and King’s Place, and around the UK and abroad, Reiko has established herself as a formidable virtuoso performer. Recent concerts include appearances at the Stoller Hall in Manchester, Hebden Bridge Piano Festival, King’s Place (with the Carducci Quartet) and Southbank Centre’s newly-refurbished Purcell Room, as part of the hall’s reopening programme. Recent projects include performances of Bach’s Goldberg Variations in 2016/17 and a highly successful recital tour in Autumn 2017, featuring works by Beethoven, Schubert, Chopin, Takemitsu and Thomas Adès.

"a performance of supreme clarity, focus and precision."

"playing of constant variety, a masterclass in unanimity of musical purpose."

"the Carducci String Quartet were stunning...they are clearly musicians of high intelligence'"