Horatio Clare - Something of his Art - Walking to Lübeck with J.S.Bach 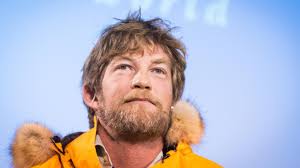 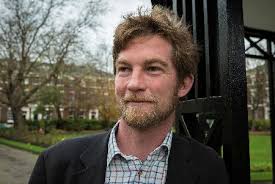 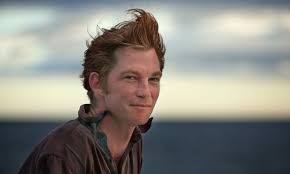 Something of his Art is Horatio Clare’s recreation of the long walk that J. S. Bach took in the depths of winter in 1705 – his long walk to Lübeck across northern Germany, and visualising the light, landscape and wildlife the young, and as yet unknown composer would have seen.

In the depths of winter in 1705 the young Johann Sebastian Bach, then unknown as a composer and earning a modest living as a teacher and organist, set off on a long journey by foot to Lübeck to visit the composer Dieterich Buxterhude, a distance of more than 250 miles. This journey and its destination were a pivotal point in the life of arguably the greatest composer the world has yet seen. Lübeck was Bach's moment, when a young teacher with a reputation for intolerance of his pupils' failings began his journey to become the master of the Baroque.

Horatio Clare (born 1973) is a Welsh-British author. He worked at the BBC as a producer on Front Row (BBC Radio 4), Night Waves and The Verb (BBC Radio 3). He has written two memoirs, Running for the Hills and Truant: Notes from the Slippery Slope, a novella, The Prince's Pen, and two works of travel and nature writing: A Single Swallow and Down to the Sea in Ships.

He wrote and edited Sicily Through Writers' Eyes. In 2015 he published Orison for A Curlew, a combination of travel and nature writing, and an acclaimed children's book, Aubrey and the Terrible Yoot, the sequel to which, Aubrey and the Terrible Ladybirds appeared in 2017. Both Aubrey books were longlisted for the Carnegie Medal. In the winter of 2017 Chatto and Windus published Icebreaker - A Voyage Far North, the record of a journey around the Bay of Bothnia with the Finnish government's Icebreaker Otso early in 2017.

Due to the Pandemic there are limited tickets available for this event. Social distancing will be observed and all audience members will be asked to wear face coverings.

The concert will be without interval and will last for one hour.

Stapleford Granary have a Covid-19 policy in place to ensure safety of all visitors to the site. This will be emailed to you when your ticket has been purchased.
If government guidelines prevent this event from taking place at the advertised date and time, Stapleford Granary will aim to reschedule the event.
Ticket holders will be offered a transfer to the new date or a full refund if this is not possible or not a viable option for the ticket holder.
Thank you for your understanding and we look forward to welcoming you to Stapleford Granary soon.