‘So, what will the Village Day be like?’ the BBC Radio Cambridgeshire presenter asked me live on air, two days before we opened up the courtyards and garden of Stapleford Granary to everyone. I trotted out our strapline about the day being ‘created by the community, for the community’ and went on to describe our plans for live music and theatre, craft stalls, delicious pop-up food, children’s activities…. ‘It’s a chance to come back together in a safe outdoor environment and enjoy all the things we have missed so much’ I concluded.

But what indeed would it be like? I wasn’t entirely sure. We’d not done this before at the Granary and - as the radio presenter constantly reminded me – there was pretty much nothing going on anywhere else. After the past 18 months, would people feel ready to get back together again?

I was thinking the same thoughts at 10am on Sunday morning as heavy rain hammered down relentlessly on the 300 metre square stretch tent covering the courtyard. Doing my best to sound upbeat as I gave the volunteers their briefing, I was beginning to wonder if the Village Day was going to be a damp error of judgement. Then, at 10.45am I had a text message: ‘Kate – there are queues outside’. And we hadn’t even opened the gates yet.

And so it started: visitors poured into the Granary and we were very quickly at capacity, clicking people in and out to manage the flow around the grounds. I couldn’t help smiling - in my 11 months as CEO, I had not seen the Granary so full of people nor heard the unmistakable buzz of hundreds of animated, happy voices. The old 1930s orchard became a favourite spot for coffees and picnics. Colourful bunting hung from anything that didn’t move and twisted and flapped its way around twelve gazebos in the ‘craft village’. A hundred and eighty festoon lights dripped from the huge courtyard tent giving everything a warm, magical glow when the clouds were dark. And there was just enough sunshine to make everyone believe it had been ‘a sunny day with the occasional shower’ rather than the predicted grey forecast.

But… ‘what was it like’? What is ‘a day created by the community, for the community’? It was all the things I didn’t plan and didn’t expect. It was the way that local artists created little theatrical worlds with their stalls, beautifully displaying pottery, hand-made paper, books, antiques, photographs, carved wooden birds, spoons, bowls... It was the art-work from Stapleford Primary School which looked so vibrant set against the yellow brick and black barn walls. It was the rich variety of music and theatre, chosen entirely by the performers who decided what they felt would be right for the day and the pop-up food vans and stalls who brought their own menus. It was the children spontaneously dancing, drumming, wearing masks they had made… the laughing, the clapping, the exploring… And it was the warmth, kindness and friendliness in which everyone embraced the fundamental quirkiness and uniqueness of the day – because communities are quirky and unique.

The feedback was overwhelmingly positive … ‘more events like this please… can you do it every year’? Yes we can and yes we will. But I think that the Village Day 2021 will always be a special one. There was a feeling of euphoria in the sheer ‘normality’ of being together, talking, eating, drinking, dancing, creating. The spirit of the day came directly from the community – those who shared their skills with us and those who came along to enjoy them. And the Granary, with its lovely historical heritage, provided a framework and a backdrop for this. THANK YOU to everyone who made the day such a memorable one.

(This article was written for August edition of the Stapleford Messenger) 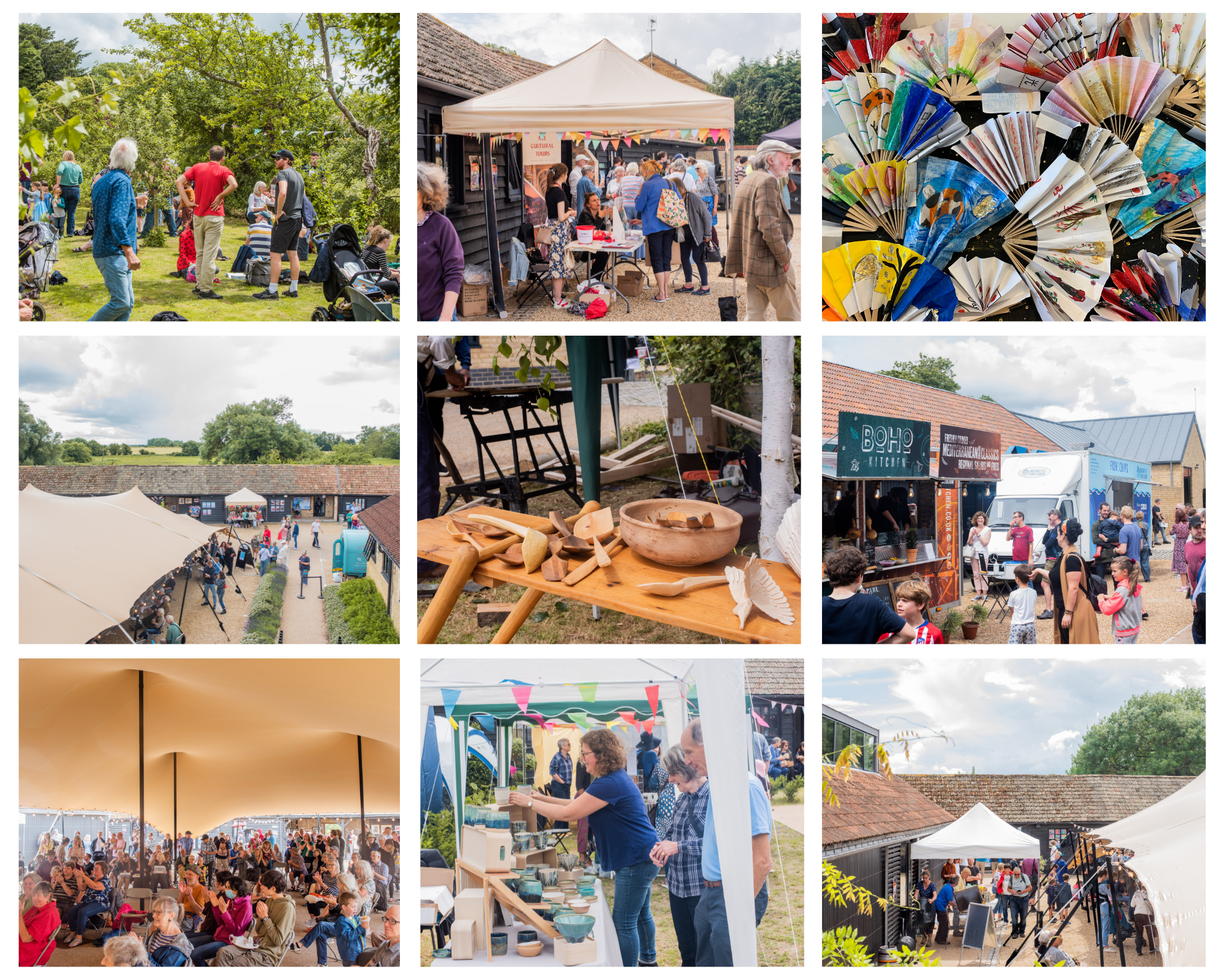