'Were Botticelli's Primavera to burst into song, she would probably sound like this'

For over thirty years, pioneering vocal ensemble Musica Secreta has explored the music written for and by women from the fifteenth to the eighteenth century, presenting programmes that mix newly-discovered masterpieces with well-loved works that fascinate and delight listeners.

The programme brings to life stories drawn from fifteenth- and sixteenth-century sources. The voices of Renaissance women are heard clearly in the repertoire: Mary weeps for her dead son; Marguerite of Navarre tells her daughter a bedtime story; Leonora d’Este speaks from behind the convent shutters. It also includes works that are newly edited and have never been performed before in concert. The programme is rounded out with works by Dunstaple, Brumel, Maistre Jhan  alongside songs by dissenting women – both humble and noble – in early sixteenth-century northern Europe.

The concert is lightly narrated by Lauris Stras, focusing on the stories of the women who composed and sang the music. 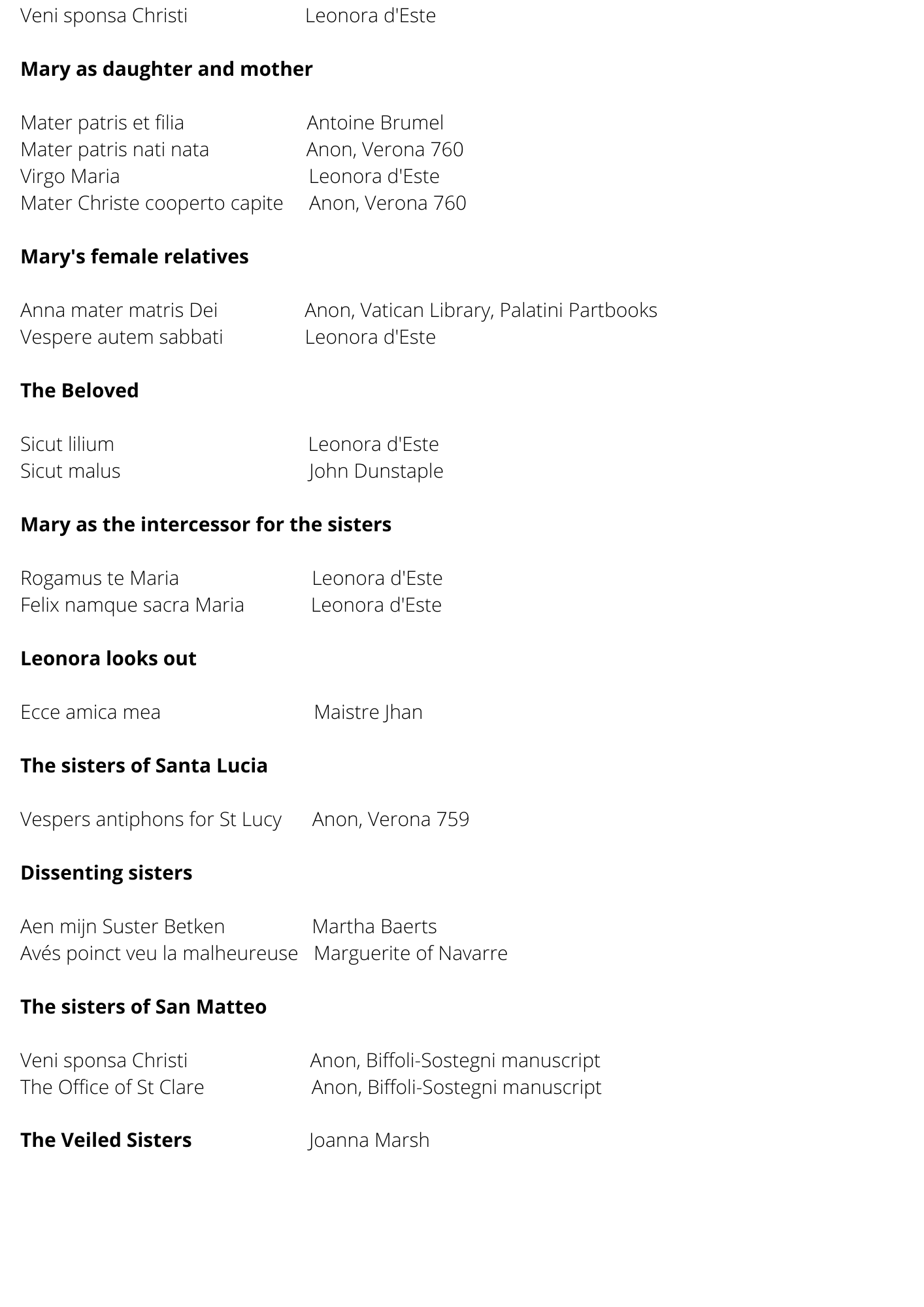 In line with the most up-to-date guidance Public Health for Cambridgeshire & Peterborough, we:

Face coverings are currently not compulsory, but if the guidance changes we will communicate this to ticket holders.